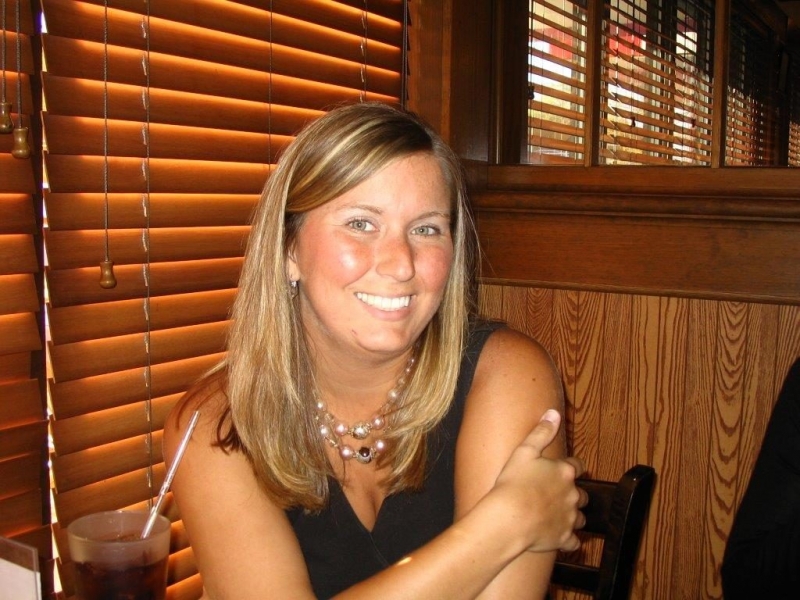 Melissa’s Life, Melissa’s Story, Melissa’s Example
Melissa Vosburg – daughter, sister, dear friend and teacher – was a bright, beautiful, engaging and happy 35 year old; vibrant, happy and full of life. In the fall of 2012, she begun to experience ‘migraine’ headaches, which unfortunately run in the family. The migraines increased in frequency and severity over Thanksgiving and approaching Christmas. By Christmas week, it was clearly an issue and at her family’s insistence, she agreed to see the doctor right after the holidays. Christmas was very difficult – her headache was so severe that she stayed in bed most of the morning and when she finally got up, she was so light sensitive that she wore sunglasses in the house.

The next day, her mom took her to the doctor. Based on symptoms and family history, he agreed it was likely migraines but scheduled a CT scan just to be sure. The CT revealed swelling and shifting in her brain and she was advised to immediately consult a neurosurgeon. An exam and surgical biopsy followed. December 28, 2012 is the day we all lost our innocence. Melissa was diagnosed with a glioblastoma multiforme, or GBM, The most common—and most aggressive—type of brain cancer.

The weeks that followed were full of treatments, consults, a surgery to partially remove the tumors and more treatments. Through it all, Melissa maintained her spirit and an unbelievable courage. Her common saying was “It is what it is” and she refused to dwell on why or show any self-pity. She was and is, a hero.

On February 8th, 2013, Melissa participated in the Orlando Miles for Hope, won a plaque for top 3 fund raiser, spoke and completed the survivor walk. Afterwards, we had a bit to eat and she enjoyed a chocolate waffle.

Melissa began chemo and radiation therapy that week. She was SO excited as she couldn’t wait to start fighting back. We sat together on our iPads planning a cruise for after her 6 weeks round of radiation. She was herself all week but by Friday she was suffering – severe headaches and pressure, she couldn’t eat so couldn’t take her oral meds and was nauseous. Saturday, February 16th, 2013 Melissa’s battle had been fought; she passed into God’s loving arms surrounded by her family – mom (Sue), dad (Jeff), brother (Matt), and sister (Stephanie).

From diagnosis to death, Melissa’s journey was only 50 days.

Like so many families, we were unaware of the prevalence of brain cancer. When Melissa heard that it is the leading cause of cancer deaths of adults under 40 and children under 19 but receives the least funding of any cancer, she asked why. We explained that Susan G. Komen’s legacy was remarkable marketing and her pink ribbon had become a global icon. Melissa pondered and said “Then I will become the ‘Susan G. Komen’ of brain cancer.”

This site and the efforts it embodies are her family’s efforts to make that dream a reality.